TESLA is a transnational innovation support project involving eight partners from six EU Member States. The overall objective of the project is to support the growth and development of early stage High Potential Start Up (HPSU) companies in Ireland, Wales, Germany, France, Belgium and the Netherlands through a programme of transnational pilot innovation and business support initiatives. The project is being led by the Border Midland and Western Regional Assembly.

The project consists of ten targeted initiatives aimed at helping HPSUs internationalise more quickly, access key export market intelligence in the European Union and beyond, identify new product development opportunities and, with the support and expertise of the partner network to identify new sources of finance for HPSU development. The project will invest €3.8m in the partner regions over a three year period, 50% of which will be provided by the European Regional Development Fund through the Interreg IVB North West Europe Programme.

A High Potential Start Up (HPSU) is defined as a start-up venture that is:

‘Tesla’ refers to the Serbian-American inventor NICOLA TESLA (1856 – 1943) who has given his name to a unit measure for magnetic field strength.  The phenomenon of magnetism is a powerful idiom for this project which is seeking to draw together a wide range of expertise and skills spread across a wide geographical area from the west of Ireland to western Germany, and including UK, France, Belgium and Nederland. A magnetic field, although invisible, can act as a powerful attractive force. In the same way Project TESLA will act in ways beyond the obvious on the partners, stakeholders and regions, with a positive effect on high growth start up companies participating in this project.

Laval Mayenne Technopole (LMT) is part of this project. 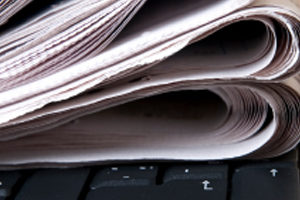