European e-commerce is booming. European online revenue of goods and services grew by 19% to reach €311.6 billion in 2012. The EU28 (including Croatia, joining the EU as of 1 July 2013) reached €276.5 billion, or 88.7% of total European e-sales, a growth of 18.1%. Ecommerce Europe figures are compiled in cooperation with various e-commerce associations around Europe and in cooperation with GfK.

The total Gross Domestic Product (GDP) of Europe in 2012 is estimated to have reached €16 trillion, of which the GDP of the EU28 was just over 80 per cent. Ecommerce Europe estimates the share of the European Internet economy at 3.5%, a percentage that is set to double by 2016 and to triple by 2020 given the fact that the Internet economy grows much faster then the economy in general. 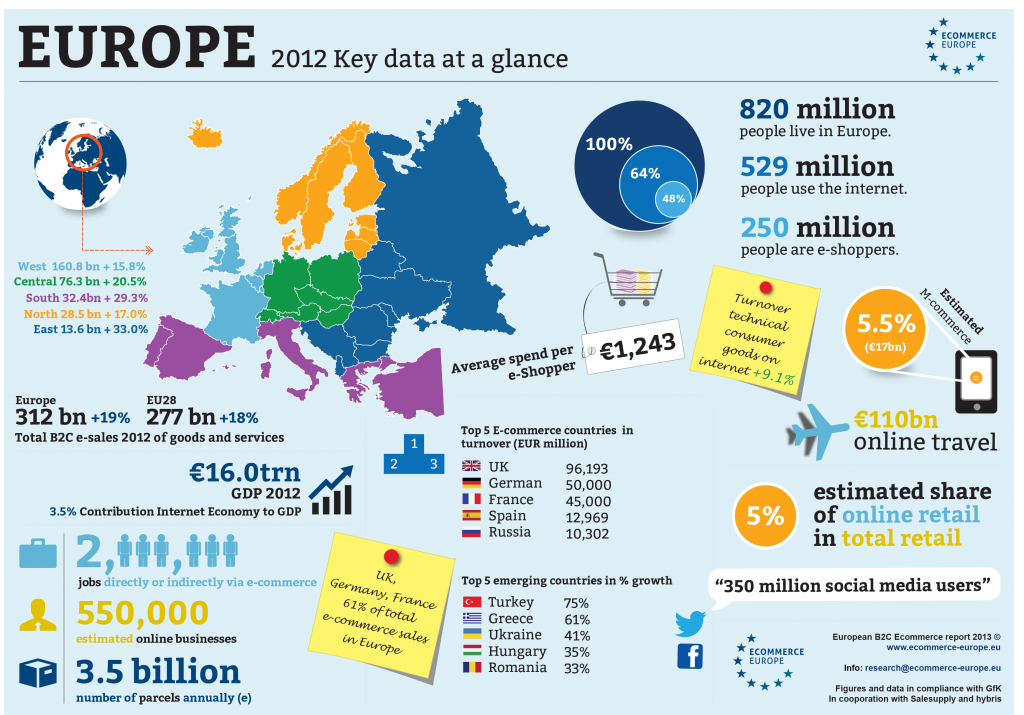 About Failure in IT Projects

Hire somebody to install and configurate plugins for your WordPress website