After years of debate and controversy the French Government has finally backtracked on the law which allowed errant subscribers to be disconnected from the Internet. 9 JULY 2013, a decree was published which removed the possibility for file-sharers to have their connections cut for copyright infringement. Instead, those caught by rightsholders will now be subjected to a system of automated fines.

The so-called “graduated response” to the file-sharing issue has for years been championed by the mainstream music and movie industries.

According to the theory, Internet subscribers who are continually warned that their behavior is being monitored will, sooner or later, change their attitudes and stop obtaining content from unauthorized sources.

One of the first countries to see value in the idea was France, and under the supportive eye of ex-President Nicolas Sarkozy, Hadopi was born. The taxpayer-funded agency would oversee monitoring of Internet subscribers along with a mechanism for sending them successive warnings, each designed to be more worrying than the last. Controversially, the final warning would result in Internet disconnection.

However, the idea that these threats would entice subscribers into music and movie stores and away from unauthorized sites in a meaningful way never came to be. In June, a nine-member panel lead by former Canal Plus chairman Pierre Lescure produced a 700 page report advising on policies for advancing entertainment industries in the digital age.

Among other things, the panel concluded that the three strikes mechanism had failed to benefit authorized services as promised. It also recommended that the ultimate sanction of Internet disconnections for infringers should be dumped.

That recommendation has now been carried out by the French Government.

Earlier this morning the Ministry of Culture published official decree No. 0157 of July 9, 2013 which removed “the additional misdemeanor punishable by suspension of access to a communication service.”

The changes come too late for the only individual to have fallen foul of France’s disconnection law. In June and after millions of warnings sent, a single Internet subscriber was fined 600 euros and suspended from the Internet for two weeks after failing to respond to “strike” notices.

Today’s changes by the French don’t mean that infringing file-sharers can relax though. The decree goes on to explain that file-sharing offenses may still be punishable by a fine, up to 1500 euros in the case of gross negligence.

To this end, the decree clarifies that ISPs must provide access to names, address and other personal details of subscribers in order to facilitate the implementation of a system for issuing automating file-sharing fines. Disconnections may have been removed, but the war against individuals will continue.

Science of Persuasion - How to say YES

Science of Persuasion - How to say YES 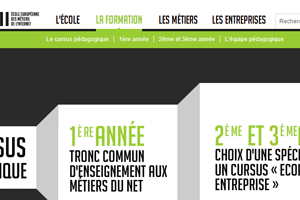